A leading textile solutions provider, Sutlej Textiles and Industries Limited produces a range of textile products that extends from yarns and fabrics to home furnishing. Since its inception, the company has dedicated itself to making superior spun yarns that have set industry benchmarks for innovation. It processes one of the largest product portfolios of spun-dyed and cotton blended and cotton mélange & dyed yarns.

Over the years, we have widened our manufacturing range across each product category to match evolving design and consumer requirements, emerging as a one-stop textile solutions provider.We have expanded our spindle capacities, commissioned captive power plants and installed modern technology which has led to enhanced economies, efficiency and quality. Our products are manufactured in state-of-the-art spinning mills in Bhawanimandi (Rajasthan), Baddi (Himachal Pradesh) and Kathau (Jammu & Kashmir), home textile fabric division at Daheli(Gujarat) and Green Fibre unit at Baddi (Himachal Pradesh). As part of product development, we work with leading international and domestic brands to develop a range of fabrics in line with emerging design trends.

Leveraging our understanding of the textile industry we entered the home textiles segment in 2006, which continues to grow at high double digit rates on the strength of planned investments and capacity additions.

Our product strategy involves engaging with downstream clients in early stages of product development lifecycle, thereby strengthening business outcomes. We enjoy enduring relationships with an extensive network of agents and dealers across India as well as the international markets. We have a strong global clientele with presence across major developed and emerging economies in over 62countries, as we cultivate a strong reputation among textile manufacturers in key markets like Turkey, Bangladesh, USA, Poland, Egypt, Italy, Portugal, Colombia, Africa, South Africa and Morocco. 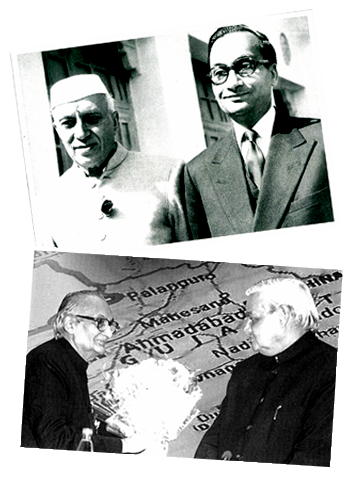 Founded and promoted by the Late Dr. Krishna Kumar Birla, Sutlej Textiles and Industries is today the flagship textiles company of the illustrious KK Birla Group.

Our roots date back to pre-Independence India, when Sutlej was set up as a composite textile mill at Okara as Sutlej Cotton Mills Limited in 1934, in the undivided province of Punjab. Even in those times, it earned the distinction of being Asia’s largest textile mill. Despite the disruption in operations during the country’s independence movement during 1940’s & 50’s, the company was re-established in 1963 as Rajasthan Textile Mills at Bhawanimandi in the Jhalawar district of Rajasthan, where it began production of cotton yarn and later diversified into synthetic blended yarn.

As the years went by, expansion continued steadily with the lease of a spinning unit situated at Kathua (Jammu & Kashmir).Called Chenab Textile Mills (CTM),this facility manufactured both cotton yarn and synthetic yarn.Once established, Sutlej purchased all Chenab Textile Mills’s assets, bringing the facility into its fold.

At the turn of the century, in a move to forward integrate, Sutlej set up its facility – Damanganga Fabrics (DGF) – at Daheli in Gujarat, to manufacture and process fabrics. Later, we entered the home textiles segment through Damanganga Home Textiles. In recent history we acquired Birla Textile Mills in 2015 from Chambal Fertilizers. From then on, capacity expansion, product innovation and fine-tuning of quality have been an ongoing quest at Sutlej. Leveraging our rich multi-decade sectoral experience and market understanding, we have emerged as a leader in the value added yarns business in both domestic and export markets and built a sustainable unique position for ourselves in the home furnishing business. We have set our sights on becoming a global textile front runner , providing wide spectrum solutions to textile industry, from speciality yarns to fabrics ; thereby maximising value for our client and in turn becoming their preferred partner.

We believe that with time, we must constantly evolve as each accomplishment marks a new beginning, an inspiration to focus on ‘the possibilities of tomorrow’.

As an organisation, we strive:

To excel in our core areas of competence through consistent innovation

To uphold and nurture the core values of transparency, accountability, empowerment, and good governance

To consistently reduce our environment footprint

Innovation at Sutlej is driven by the needs of the customers who increasingly demand differentiated products to respond to new trends and end-user preferences.

Technology plays a vital role across all functions at Sutlej from production and quality assurance to research & development.

In the textile industry, size matters. With a capacity advantage, we leverage aspects like sourcing of raw materials to offering the widest range of products to customers.

From yarns and fibres to home furnishing and finished goods, we have established our presence across the textile value chain.

Present across the spectrum of product categories, we have evolved into a one stop shop for textile solutions.

One of India’s largest exporters of value added synthetic and blended yarns, we enjoy a presence across 62 nations worldwide.